OXFORD now has more shared electric vehicles per head of population than any other UK city with the roll out of 10 new car club EVs on the city’s streets.

The cars are available to anyone for pay-as-you-go hire which means residents and visitors to Oxford have more opportunity to make their journeys in a zero-emission car than anywhere else in the country. 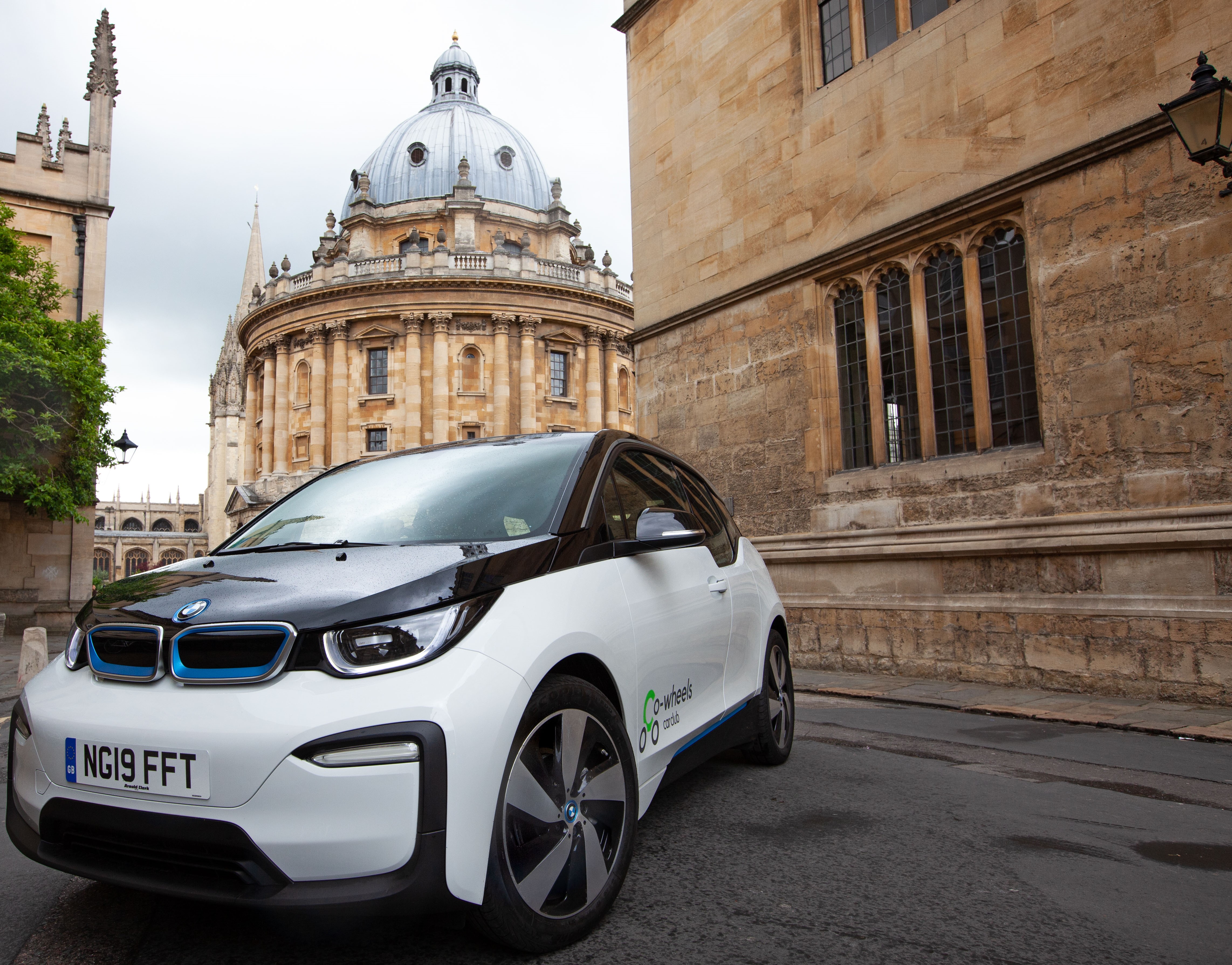 Co-wheels Car Club has added the 100% electric BMW i3 4-door hatchbacks which are based at 10 locations across the city. Some existing bays have been switched from petrol to electric but there are also new on-street EV locations in Jericho and West Oxford.

The launch of the new fleet of EVs was announced at the two-day Oxford EV Summit on 26 June 2019 where Co-wheels showcased the new BMW i3 to attendees in front of Oxford University’s Saïd Business School.

The new EV roll out is part of the Go Ultra Low Oxford project, a government funded project run by Oxford City Council and Oxfordshire County Council to provide electric car charging points across the city which will power the vehicles.

The aim of the project is to reduce air pollution in the city and further lower Oxford’s carbon emissions by giving more people the option of driving EVs. In January this year Oxford City Council and Oxfordshire County Council announced updated proposals for a Zero Emission Zone (ZEZ) in Oxford city centre, which could be introduced in a phased approach from 2020. The ZEZ aims to tackle Oxford’s air pollution and protect the health of everyone who lives in, works in and visits the city.

With a range of up to 190 miles, the BMW i3 EVs are an ideal fit for those travelling around the city and further afield. Nine of the BMW i3s are now available to hire, with the remaining vehicle ready to hire in July.

Richard Falconer, director of Co-wheels, said: “Co-wheels was the first UK car club to introduce electric cars and this is one of our biggest rolls out of EVs to date.

“On top of the three existing car club EVs in the city this means Oxford has now taken the lead with more shared electric vehicles per head of population than any other UK city we know of. Which means that even if you don’t own an EV in Oxford you can still go zero emissions.

“Launching the new BMW i3s has been a really exciting project for us and we felt such a buzz at the Oxford EV Summit. We have seen a high demand for EVs with an improved range from Co-wheels members in Oxford and we have delivered - the BMW i3s allow for longer journeys. Oxford residents can now enjoy using the new BMW models whilst reducing the impact on our environment.”

Councillor Tom Hayes, Cabinet Member for Zero Carbon Oxford at Oxford City Council commented: “With climate change the direct result of our broken economy, we must tackle our climate crisis in ways that make our society fairer. We’re thrilled that the co-operative Co-wheels Cars will be expanding in Oxford by investing in electric cars.

“Car ownership promises to be a thing of the past before long, so it’s particularly great to see more opportunities for car sharing that will protect our health and climate. Oxford is determined to be the leading city of the UK for reducing car journeys and ensuring that the majority of however many cars are left on our roads are zero emissions.”

Co-wheels Car Club is an award-winning social enterprise working to develop and improve access to more sustainable car use for communities across the UK. People can join the car club at www.co-wheels.org.uk.

Further information on the Go Ultra Low Oxford project – including the locations of the new chargers – can be found at www.goultralowoxford.org.